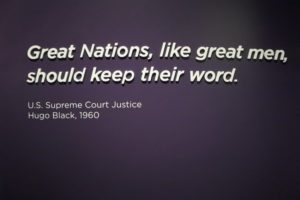 Figure 5. Opened in 2004, directly opposite the Capitol, the NMAI aimed to hold the US government accountable for its actions and injustices. Wall text from ‘Nation to Nation: Treaties Between the United States and American Indian Nations’ exhibition at the National Museum of the American Indian, Washington DC, 2017. Photograph by Kylie Message.