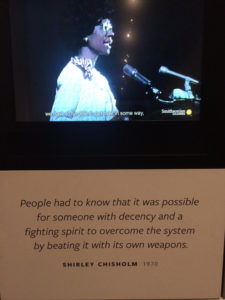 Figure 15. The NMAAHC attempts to reclaim museums and political agency in a way that was modeled by political trailblazers such as Shirley Chisholm, who in 1970 said: “People had to know that it was possible for someone with decency and a fighting spirit to overcome the system by beating it with its own weapons”. ‘Shirley Chisholm for President’ display in ‘A Changing America: 1968 and Beyond’ exhibition at the National Museum of African American History and Culture, Washington DC, 2017. Photograph by Kylie Message.