Pippi Longstocking, the strongest girl in the world at Abu-Dis Intervista a Rona Yefman a cura di Domenico Bilà

CITAZIONE
Pippi Longstocking, the strongest girl in the world at Abu-Dis
Intervista a Rona Yefman a cura di Domenico Bilà 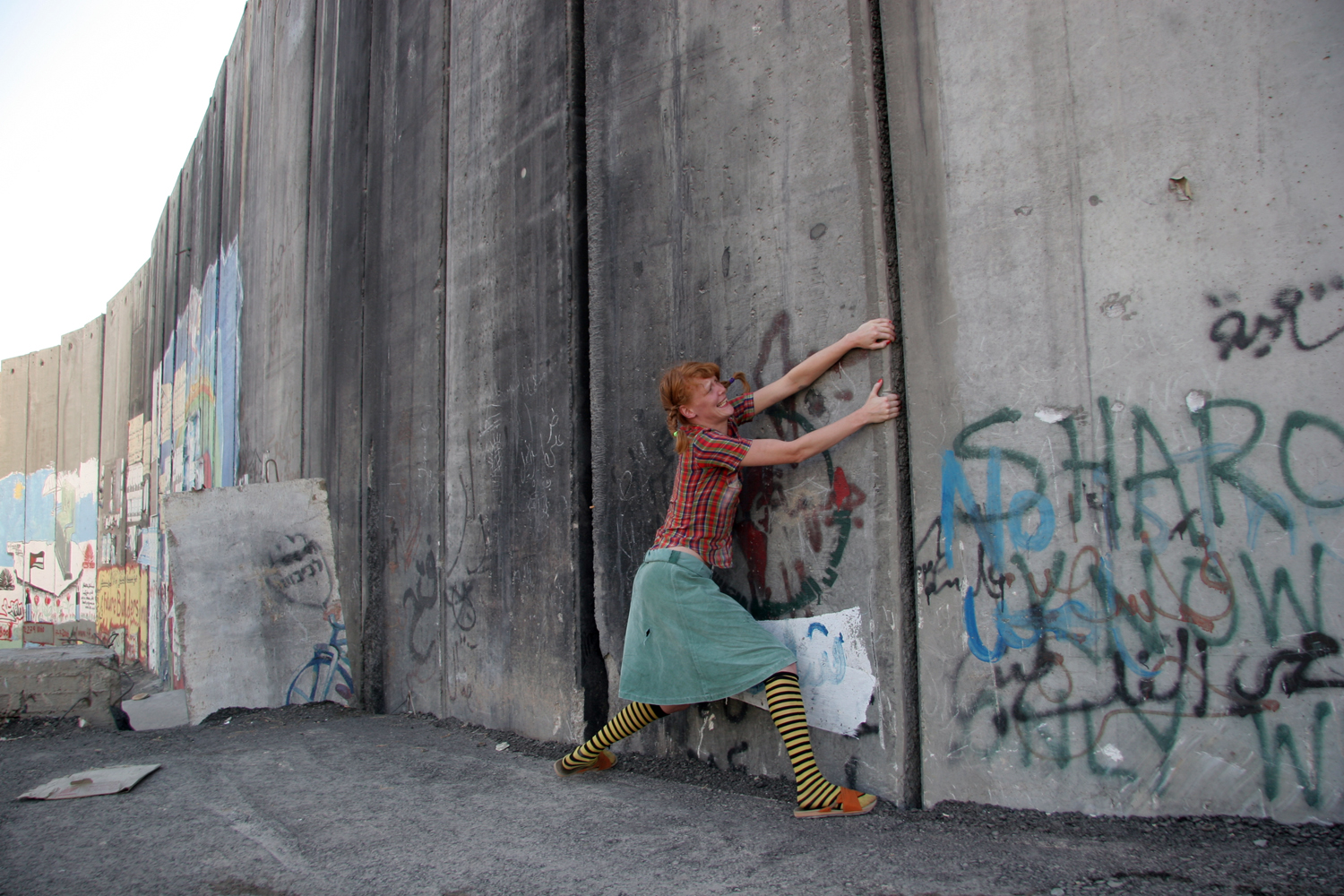 Domenico Bilà:  At first, why do you choose to quote the fictitious character Pippi Longstocking? And what does she mean for you?
Rona Yefman: As an artist coming from a conflict zone created by male dominate behavior, I was forced to seek freedom from the political, physical, and psychological constraints that defined my environment.  In order to do this, I began to make work that was inspired by anarchistic movements born of creativity, rage, and individualism.
Since childhood I have envisioned the Classic children’s hero Pippi Longstocking as my alter ego because she is a rebellious character with socially subversive ideas. The Swedish writer Astrid Lindgren wrote this fairytale in 1944 to inspire her daughter to understand radicalism and defy the conventions of normal feminine behavior.

D.B.:  If you have to define “the sense of the quote” in your artistic research, what would you say?
R.Y.: As a natural and legitimate way to work in a cultural context.

D.B.:  You said that you are fascinated by the gap between what we are and what we want to be. Using characters as Pippi, or quoting stereotyped behavior patterns of the modern society, does it help you in your research about identity and its complexity?
R.Y.: The quote about Pippi L. helps to define the extreme situation of the artificial fiscal wall which contradict with possibilities of freedom.

D.B.: You quoted Pippi, turned her into a contemporary heroine and in this way you face up to the real life through fiction. Do you think that in this way, even the fiction could be again current and effective through its impact in a new imaginary?
R.Y.: In collaboration with Tanja Schlander, a sound and performance artist who I was inspired from her activist work recording the sound of the wall.
We transformed her to Pippi Longstocking as a contemporary female hero. Using Pippi’s own notion that she is “The strongest girl in the world!” I document Tanja’s absurdist attempts to move the huge concrete wall that separates Israel from the West Bank. This anti authoritarian act was done in a real opposition to the situation at Abu Dis.  Though she was playing a character, the act itself managed to make a difference when it was recognized as an effort to establish peace by local Palestinians who passed by and encouraged her.