Network Is The Message

Who are the internet warriors?
Interview with Kyrre Lien

Network Is The Message

Who are the internet warriors?
Interview with Kyrre Lien
by Carolina Farina

Who are the people that get so angry online?

Why do so many of them choose to harass people, threaten people, and stretch the freedom of speech to its limits?

The documentarist Kyrre Lien has spent three years traveling around the world, from the fjords in Norway to the U.S. desert, to meet some of the most active online commentators (according to research done by Pew Research Centre of Washington). He has visited their houses, met these people with their families; he has given a body and a daily life to people who are mostly known for there extreme thoughts in many conflicting discussions on social networks. Expressing their opinions on difficult topics such as immigration, politics and popularity, men and women from different ages and countries use the web to affirm their own voices. Lien’s project “The Internet Warriors” is articulated through three different devices: video, website and a photographic book. 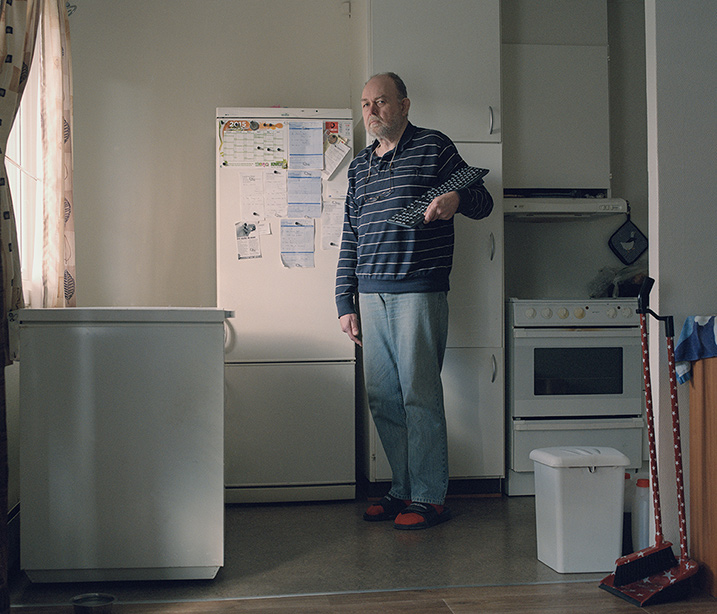 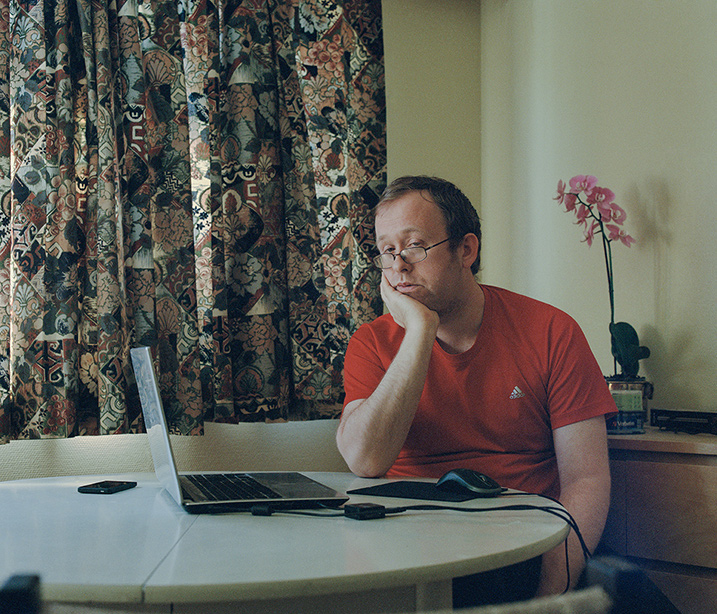 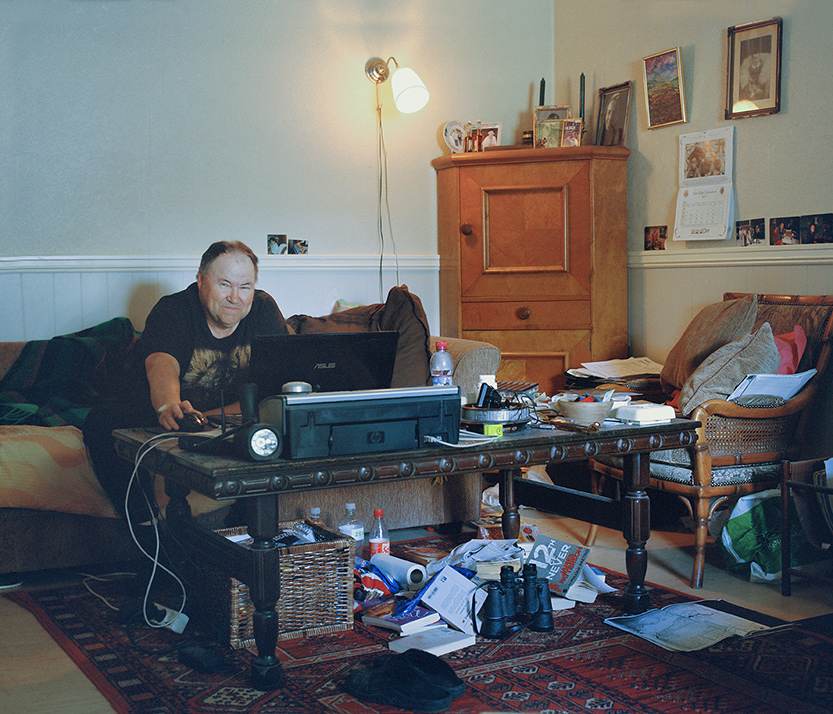 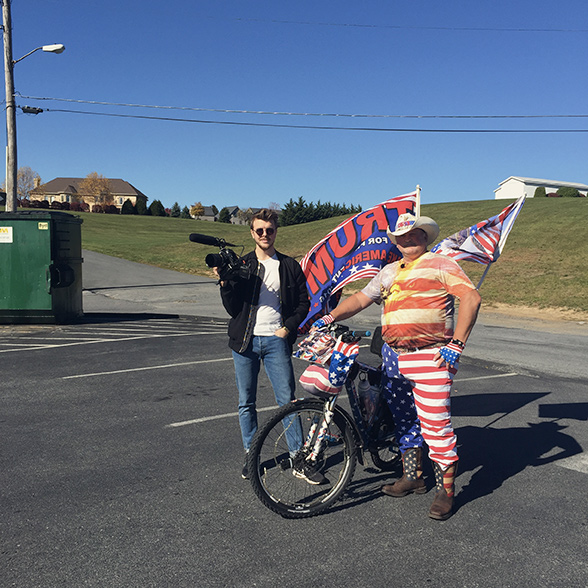 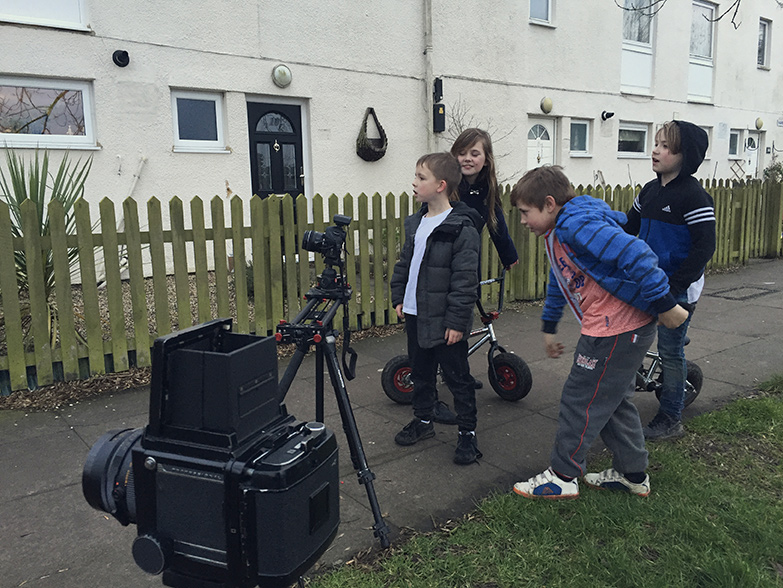 Carolina Farina: “Meet the Internet Warriors – In Their Caves” is a phrase that could suggest a sarcastic documentary, but this risk is averted from the early images of the video by paying great attention to all the interviewees. How important was the choice to meet them in their daily lives? What kind of relationship did they engage with you and what prompted them to participate in this project?

Kyrre Lien: For me it was essential to meet them in their homes, I really wanted to find out how they lived, what interior they had and how they would write on their computers. For me, this was important to show and understand their personality. Many of them were really keen on participating because it was a channel for them to talk about their opinions. At the same time, many were really sceptical towards me, because I was a journalist. But for me, I tried to be really open about my intentions and that I didn’t plan to be very critical towards their opinions – I just wanted to listen.

CF: In the book of “The Internet Warriors” there is a NYT article focused on the phenomenon of facelessness. In the discussion with some of the protagonists of the project, there is often a sense of discontinuity and lightness between “real life” and everything that is poured into the web, even though they themselves are very active in discussing topical issues. What motivations did you find in this attitude and how do they relate to hate and trolling charges? Are their battles conducted only on the net or are they simultaneously pursued through other types of activity?

KL: Many of them felt threaten in some way, and that is the main reason for them to spend so much time online in discussions. At the same time they could really feel that they were in a fight for the things they believed in, they wanted to change something. I did find that most of them could be very vocal online, but in the “real life” they could be more quiet and stick to themselves in the society.

CF: You started your investigation from a dynamic and interactive device as social networks and then articulated “The Internet Warriors” into three different static devices: documentary, book and website. Don’t you fear that this fixity will turn the interviewees into stereotypes and develop a sort of spectacularization of the obscene, literally understood as what is usually excluded from our everyday vision? How do you handle this risk?

KL: When approaching such a topic it is definitely a tricky line to which extent you are looking to confirm stereotypes or not. For me, I did try to choose characters that were visual and vocal interesting, but at the same time I was not interested in making it a “freak show”. I think now it’s a balance that I can defend in the selection of characters.

CF: In this regard, in the era of selfies and of the excess of transversal and interconnected self narratives, which aesthetic choices have led you to the shooting of the portraits of the book? Has there been a mediation in the mode of representation with the subjects photographed?

KL: I had a wish of making the portraits as honest as possible, and trying to get both the homes and personality of the subjects in the picture.

Kyrre Lien is a 26 year old documentarist living in Oslo, Norway. Named by Forbes to be one of 30 young media entrepreneurs “defining the ever-shifting world of news and content” in 2017. Lien has received numerous of national and international awards, including Picture of the Year in Norway in 2014. He works with his own independent projects, as well as on assignment for clients such as VG and The New York Times.